My Story and What You Can Expect

I was always the skinniest kid in the class. I was athletic and fast but undersized. Being the son of a football coach, my biggest dream growing up was to one day start on his team.  Any position would do.

Unfortunately, going into my sophomore year of high school it didn't look like it was ever going to happen. I just didn't have the size to make a difference on the field and, although he ended up never saying anything to me until many years later, my dad was thinking of suggesting I run cross country instead of going out for the football team. His actual suggestion made a world of difference to me.  He handed me the keys to the high school weight room and said, "Have at it."

Most are not going to gain quite as much weigh and muscular size as I did, but you should remember that I was also growing from 5 feet 6 inches to an even 6 feet during that same time.

Obviously, despite my being a late bloomer, I had some decent muscle building genes and a very strong motivation to make the most of them. My results were definitely better than average. Most importantly, I was hooked on what weight training could do for me both physically and psychologically, establishing a mind-set that would allow me to continue to learn and experiment, even when the gains seemed to cease.

Once I got to College, I continued to work out, read everything I could find on the subject of weight training, muscle building and athletic performance and continued to experiment on myself with the various techniques I was reading about. Admittedly, I did not see the weight gains of those first 2 years although my strength in several lifts continued to go up and my muscle shape continued to improve.

At about this same time, my visible success and the drive to learn more about optimizing physical performance led me into part-time athletic coaching and personal training activities, both of which I have been a part of my life, albeit primarily as an avocation, ever since. During this period I set up the first weight training program for women at Bowling Green State University's Student Recreation Center and worked for 2 years as a full-time trainer at clubs in Northwestern Ohio.

Over the next four decades, I continued to train for and compete in various sports and provided advice and consultation to countless others. A voracious reader, I daily consumed at least 20-30 pages of new material in the health and fitness arena, constantly adding to an encyclopedic knowledge of what does and doesn't work for various populations.

As a member of American Mensa (yes, really I have a genius IQ) and with a strong grounding in both scientific method (my Bachelor's degree) and philosophical/logical thinking (my Master's) I feel well equipped to separate good studies from bad and able to spot out-and-out falsehoods.

Most importantly, I continued to work on myself as a living experiment, mindful that a sample of one does not a conclusion make, but ever vigilant about how I introduce and react to new training and nutritional variables. I embraced what worked and abandoned what didn't, making sure that whatever I did keep was something that I could use for the long-term.

By whatever criteria you choose, my efforts have been a success.  I have been able to gain size and strength continuously, albeit slowly, over several decades and have been able to maintain single digit body fat for over 12 years. I am competing in athletic and bodybuilding events with folks half my age and winning. I won the overall at the NGA Annapolis Championship bodybuilding contest, a Pro Qualifier, at age 54 and regularly compete against teen-agers in free style snowboarding competitions.  I'm now setting my sites on a few USA Track and Field Association events.   Bottom line: I know what I'm talking about and I want to share it with you.

I promise that if you incorporate any of the principles of optimal muscle building that I am about to describe, you will be pleased.  The more you embrace, the happier with your progress you will be.  If you can implement them all, over a period of 6 months to a year, and continue to use them over your training lifetime, I guarantee that you will come as close as is possible to your genetic limits.

I actually believe that those limits simply don't exist.  Progress may indeed slow down as the years go by, sometimes painfully so, but you'll run out of life before you stop progressing.

There are "No Limits" my friend. 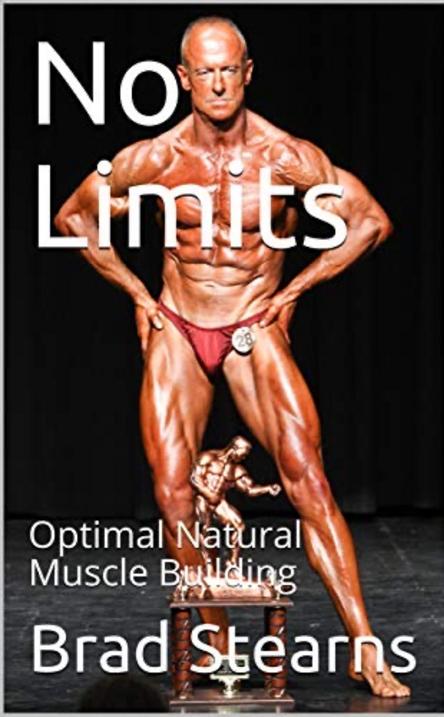 Lean muscle is the fountain of youth and the secret to athletic performance. Building muscle is not an easy process, especially after the first year of steady training.

This book outlines the principles of attaining optimal muscle development, naturally, without the use of any performance enhancing drugs. The described principles are especially useful for those who have plateaued in their muscular development and wish to reach their true genetic potential.

The author is an NGA Pro Bodybuilder who has been training himself and others for over 40 years and this book is a synthesis of the knowledge he has refined over that period.